Brazil’s Slide Continues and Takes a Lurch to the Right

As Brazil continues its 5-year slide of worsening on the Fragile States Index (FSI), this year marks the country’s sharpest year-on-year decline yet, seeing it tie for most-worsened country. Dashing tentative hopes for reversal and recovery that had emerged at the end of 2017, 2018 saw the collapse of the first shoots of economic recovery, continued sky-high crime rates, anti-immigrant riots targeting Venezuelan refugees, and an election marked by an assassination attempt on one candidate and the imprisonment of another.

Despite hopeful signs in the early parts of the year, a robust recovery from Brazil’s worst-ever recession failed to materialize. Some of the most commonly cited causes include the failure in February of the government to reform the pension system, an economic crisis in neighboring Argentina that spooked foreign investors, and a week-long truck drivers’ strike that paralyzed the country in June. Growth forecasts were slashed; inflation – a historically persistent concern – began to rise; the fiscal situation rapidly deteriorated. These challenges, reflected in the Economy indicator score, combined with the recession of the past several years, led many of Brazil’s 30-million-strong ‘new middle class’, which had been lifted out of poverty under the leadership of former President Luiz Inacio Lula da Silva of the Partido dos Trabalhadores (PT), to abandon the party they had previously backed and turn to far-right candidate Jair Bolsonaro.

This disillusionment with the PT was also fed by perceptions of seemingly limitless corruption amongst the political elite and increasing crime rates over the past several years. The lava jato (or “car wash”) investigations – which were explicitly modeled on the mani pulite investigations that brought down the political ruling class in Italy in the 1980s and paved the way for the rise of Berlusconi – had uncovered an extensive web of corruption implicating numerous leading political figures, including Lula himself. Initially very popular, these investigations over time had eroded Brazilians’ faith in democracy and the legitimacy of the three major political parties. At the same time, the crime rate had been spiraling upwards, and though the homicide rate in 2018 was slightly below the record-high rate in 2017, urban residents in particular were often threatened by turf wars between rival gangs, extrajudicial killings by the police, and frequent armed robberies.

Underinvestment in public services, reflected in a significant increase in the Public Services score, was another source of frustration and anger amongst Brazilians. Increases in bus and metro fares in 2013 had sparked massive protests directed against Mr. da Silva’s successor Dilma Rousseff, and a survey one month before the elections found that 35% of voters named either the crisis-wracked healthcare system or the education system as the most important problem. In the poor and isolated northwestern state of Roraima, this underinvestment is exacerbated by the influx of nearly 200,000 Venezuelans since the start of 2017,1 reflected in the Refugees & IDPs score. Attempts to move some to other parts of the country have been resisted by local authorities, and as a result most remain in Roraima. In August, more than a thousand were forced to flee back across the border after protesters trashed their possessions and set fire to camps.

When campaigning in the 2018 presidential election commenced, conventional wisdom held that the presumptive frontrunner would be Geraldo Alckmin. Mr. Alckmin had lost to Lula in 2006 but was backed by the business community and the centrão, the large number of intermediate-sized, nonideological parties that exist primarily to extract public funds and favors for their leaders. Though this support entitled him to half of all political ad time on television, Mr. Alckmin never rose above fourth place in the polls and finished with under 5% of the votes in the first round. The only candidate to ever actually lead Mr. Bolsonaro in the polls was Mr. da Silva, despite his arrest in 2017 on corruption and money laundering charges which made him ineligible to run. Mr. da Silva appealed twice; the second appeal, to the Supreme Court, was denied a few days after the head of the Army warned that granting the appeal would threaten the stability of the country which it was the duty of the armed forces to defend.

Mr. Bolsonaro, forced to retire from the military at age 33 after plotting a series of grenade attacks in military garrisons around Rio as part of a campaign to increase pay, was later elected to the Rio de Janeiro city council. Within two years, he had moved on to Congress in a district that included the Vila Militar, an area that contained the largest concentration of troops in Latin America. Re-elected six times, Mr. Bolsonaro’s congressional career included praise for the military dictatorship; calls for reinstating the death penalty, lowering the age of criminal responsibility, and easing access to guns; and attacks on leftists, homosexuals and other ‘enemies’ of society. Despite his lengthy tenure, Mr. Bolsonaro was never popular in Congress, receiving just 4 votes out of 513 when he ran for speaker in 2016.

Many factors have been cited to explain Mr. Bolsonaro’s surprising victory by nearly 17 percentage points in the first round and over 10 points in the second. Some of the most frequently cited include his embrace of alternative media, his support from evangelicals, the assassination attempt which kept him out of the debates in which he had struggled early on, and the late start of Fernando Haddad, the PT’s last-minute replacement for Mr. da Silva. Also important was the disillusionment of the electorate — voter turnout was the lowest in 20 years and 72% of voters reported being ‘despondent’ a few days before the election. The voters that did turn out to support Mr. Bolsonaro came largely from Brazil’s cities – he won every major city in the country – and especially from the poor urban outskirts most hard hit by the crime wave and economic collapse.2

Between the first and second rounds of the election, police and electoral justice officials conducted raids – sometimes without warrants – in public universities in several states, an echo of similar actions during Brazil’s military dictatorship. The raids were allegedly to stop illegal electoral advertising, but much of the confiscated material did not mention any candidates or parties. While these raids, which the Supreme Court voted unanimously to suspend three days after the second round of voting, likely did not have a major impact on the final result, they represent a concern for the future.

Unlike many previous Brazilian regimes, Mr. Bolsonaro has not used ministerial jobs to buy the support of the many small and intermediate-sized parties that comprise much of Congress. Mr. Bolsonaro’s new cabinet is instead principally composed of military men (including the largest number of military officers since the end of the military dictatorship), libertarian technocrats led by former banker Paulo Guedes, and Christian conservative ideologues. Outside these factions is Sérgio Moro, the former chief justice who presided over lava jato, who has joined the cabinet as Minister of Justice. Since accepting the position, Mr. Moro has suggested that his Ten Measures Against Corruption – which for years he has insisted were needed to cleanse the country – need ‘rethinking’, and the approach he takes to corruption as part of the government will merit close attention.

On one issue – Mr. Bolsonaro’s promise to unleash the police – results are already visible. Killings by police in Rio de Janeiro doubled in January 2019 compared to December and efforts to clamp down on gang-controlled prisons in Ceará state have resulted in a gang truce that was followed by hundreds of attacks on infrastructure in dozens of municipalities. This represents a doubling-down on a militarized response to crime that has consistently worsened human rights and rarely improved – and sometimes worsened – crime and violence.3

Now that Mr. Bolsonaro has taken power, he will need to balance the competing factions in his cabinet and translate his sometimes-vague campaign pronouncements into concrete policy measures. With the institutional constraints on Bolsonaro’s power along with his fractious coalition, it is far from clear how things will unfold in the next few years. Mr. Bolsonaro is frequently compared to U.S. President Donald Trump, or lumped together with the populist nationalists that have been rising in Europe. Neither of these analogues, however, fully captures the unique pressures and context that have given rise to Mr. Bolsonaro, and neither will provide an adequate guide going forward.

1/2 https://t.co/hw94Q2s9Ba
The Country Risk and Vulnerability Assessments in West Africa measure communities’ resilience to conflict, humanitarian emergencies and other shocks. The assessments are part of the REWARD project through close collaboration between USAID and ECOWAS

The Fund for Peace@fundforpeace·
16 Sep

FFP's Patricia Taft @pattitaft was quoted in this article by the Libya Herald on the state of Libya and its position in the 2020 Fragile States Index.

The Fund for Peace@fundforpeace·
21 Jul

Some scholars claim that conditions for civil violence in the U.S. are the worst since the 19th century. FFP Program Manager Charles Fiertz weighs in with some context @ABCaustralia.

The Fund for Peace@fundforpeace·
13 Jul

With mass protests against racial injustice, soaring unemployment, impeachment, concerns of voter disenfranchisement, and 130,000 people dead from COVID-19, can the US be called a failed state? FFP's Charles Fiertz says, “No,” in an interview with @VICE. 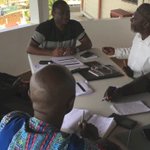 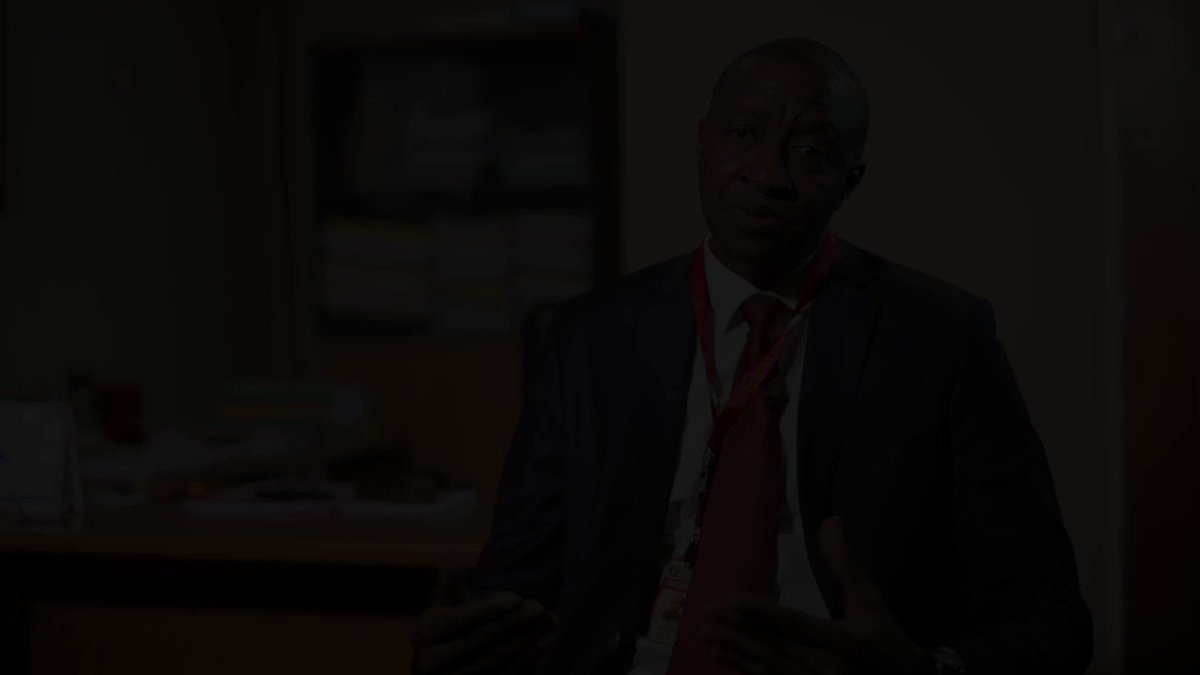 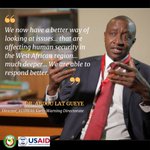 1/2
The Country Risk and Vulnerability Assessments in West Africa measure communities’ resilience to conflict, humanitarian emergencies and other shocks. The assessments are part of the REWARD project through close collaboration between USAID and ECOWAS