When the Global Health Security Index was released in late October 2019, barely more than a month before COVID-19 infected its first person, Timor-Leste was ranked 166th out of 195 countries. Poor – the country has a GDP per capita of just over $1500, the lowest in East Asia – and with an under-resourced health system, it was nobody’s image of a country well-equipped to fight a global pandemic. National Timorese politics did not offer reassurance. On February 24, 2020, as the country was entering its third year of political uncertainty, Prime Minister Taur Matan Ruak submitted his resignation after the largest party in his own coalition voted down the 2020 proposed budget. Despite this shaky foundation, the country defied expectations with only 44 confirmed cases and zero deaths by the end of the year. An examination of the Timorese case may provide some insights into how a young nation in the midst of political turmoil defied expectations and outperformed much older, larger, and wealthier nations in its pandemic response.

In late March, despite the ongoing fierce political competition, and less than a week after the country’s first confirmed COVID-19 case, all political parties asked President Fransisco ‘Lu-Olo’ Guterres to declare a month-long State of Emergency. That declaration allowed the government to implement a number of public health measures, including closing the border with Indonesia, suspending public gatherings, mandating quarantine for Timorese returnees, and establishing the Centru Integradu ba Jestaun Krize to coordinate all public health measures. Those living near the border with Indonesia, which by the end of the year had the 17th highest number of confirmed COVID-19 deaths in the world, voluntarily kept an eye on the border and made their homes available for the government to use as quarantine locations.

The political unanimity broke down when the State of Emergency came up for renewal in April as Xanana Gusmão’s CNRT party, which had also been the ones to vote down the 2020 budget, refused to give its consent. This touched off a political realignment, in which Tuar Matan Ruak withdrew his resignation as prime minister – which had still not been approved by Lu-Olo – and formed an alliance with the President’s Fretilin party. That alliance, which gave Prime Minister Tuar Matan Ruak a mandate to govern until 2023 and pushed Gusmão into opposition for the first time in the country’s 19 years of independence, appears to have restored a measure of stability to Timorese politics. The State of Emergency has been extended repeatedly into 2021, but the measures implemented as part of it have been periodically reviewed to adjust to a changing environment and respond to the twin historic shocks – both health and economic – that the country has faced.

That economic shock was considerable, especially given that the oil and gas sector accounted for over 90% of Timor-Leste’s revenues in 2016 and 2017. Faced with a global recession, cratering oil prices, and an evaporation of tourism, the country’s GDP fell by 6.8% in 2020, the third contraction in four years. In the first half of the year, air passengers fell by 62% and exports fell by 46% while the lack of a budget constrained public spending.

Despite this challenge, the country was able to use the time afforded it by its strict early measures to implement measures to cushion the economic shock and strengthen its health sector. A stimulus package worth 10% of GDP was passed, the major part of which was a subsidy to households making below $500/month to prevent the most vulnerable from falling deeper into poverty. Timorese throughout the country also spontaneously distributed food to the neediest among them. Media outlets broadcast messages on prevention measures and brought in public health practitioners to inform the public while shops rolled out basic public health measures. Perhaps most importantly, the government addressed the country’s lack of testing capacity; in the early months of the pandemic, samples were sent to Australia for testing. By June, it was able to run tests independently.

Timor-Leste’s efforts to strengthen its public health system were assisted by a diverse collection of international partners, from Australia to China to Cuba. This ecumenical approach to foreign partnerships builds on the country’s leadership in “niche diplomacy”.1 Timor-Leste played a leading role in the formation of the g7+, originally a 7-member group of post-conflict countries, in 2010. The group developed the landmark New Deal for Engagement in Fragile States, which has been endorsed by the African and Asian Development Banks, the European Union, the OECD, the UN Development Group, and the World Bank. Timor-Leste has also played a leading role in promoting women’s rights, defeating Iran in 2010 to win a seat on the inaugural board of UN Women and embracing a leadership role in the region. The country has also considered a leader on LGBT rights in Southeast Asia.

Despite these successes, Timor-Leste faces significant challenges in its future. Perhaps most crucially, the country must find a way to transition away from its dependence on shrinking oil reserves. There have been encouraging signs from Taur Makan Ruak’s new coalition government, however, which has moved away from previous governments’ plans to pursue the development of a massive onshore oil processing project that had been criticized as an economic boondoggle. In politics, while the recent years of shifting coalitions might read as chaos to some, it also reflects a shift away from a system that was until recently dominated by the Fretilin and CNRT parties, led by independence heroes José Ramos-Horta and Xanana Gusmão, respectively. The emergence of Taur Makan Ruak’s PLP party and the KHUNTO party, the latter of which played kingmaker in early 2020, could signal a healthy transition away from the country’s old guard to a new generation in one of the most democratic countries in the region. It has also made significant strides in cleaning up corruption, rising eight points on the Corruption Perceptions Index since 2015.

The Fragile States Index 2021 was launched on the 19th anniversary of the Timor-Leste’s recognition as an independent country on May 20. This year the country can celebrate its globally lauded response to the COVID-19 pandemic, which combined swift action from the top with solidarity from the bottom. There are still considerable challenges in the years ahead, especially in recovering from the economic shock of 2020 and transitioning away from oil dependence, but Southeast Asia’s most democratic country has shown that it has the capacity to take them on. Timor-Leste’s record is a reminder that poverty does not equal fragility and that the world’s youngest and smallest nations can nonetheless be among its most resilient.

“All eyes should be on coastal West Africa as countries such as Benin deal with violent insecurity and climate pressure creeping down from the Sahel.”[email protected]
Read more of "To Fight Climate Change and Insecurity in West Africa, Start with Democracy":

To Fight Climate Change and Insecurity in West Africa, Start with Democracy

This blog was originally posted on NewSecurityBeat, a blog of the Environmental Change and Security Program at the Wilson Center. Secretary of State ...

Join AfP's L&E team on Wed, 12/1 at 10:15am ET as they contribute to a discussion on advancing the use of GIS in peacebuilding, as part of a workshop on emerging technologies in peacebuilding & prevention organized by @nyuCIC!

A devastating economic crisis is looming over Afghanistan, with the potential to force over 95% of the population into poverty by next year. Can the Taliban face this challenge? Our Andrew Watkins (@and_huh_what) addresses this and more:

Abstract: In spite of the evolution in Taliban shadow governance over the past decade and the group’s growing sense of military and political m...

If women had the same access to productive resources as men, they could increase yields on their farms by 20/30%

Gender equality is a key element to achieve #ZeroHunger. 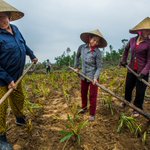 The U.S. has struggled to prevent democratic backsliding in multiple Latin American countries. According to our @speckmary and @mineskw, a multi-pronged approach that balances “pressure and relief” is needed. 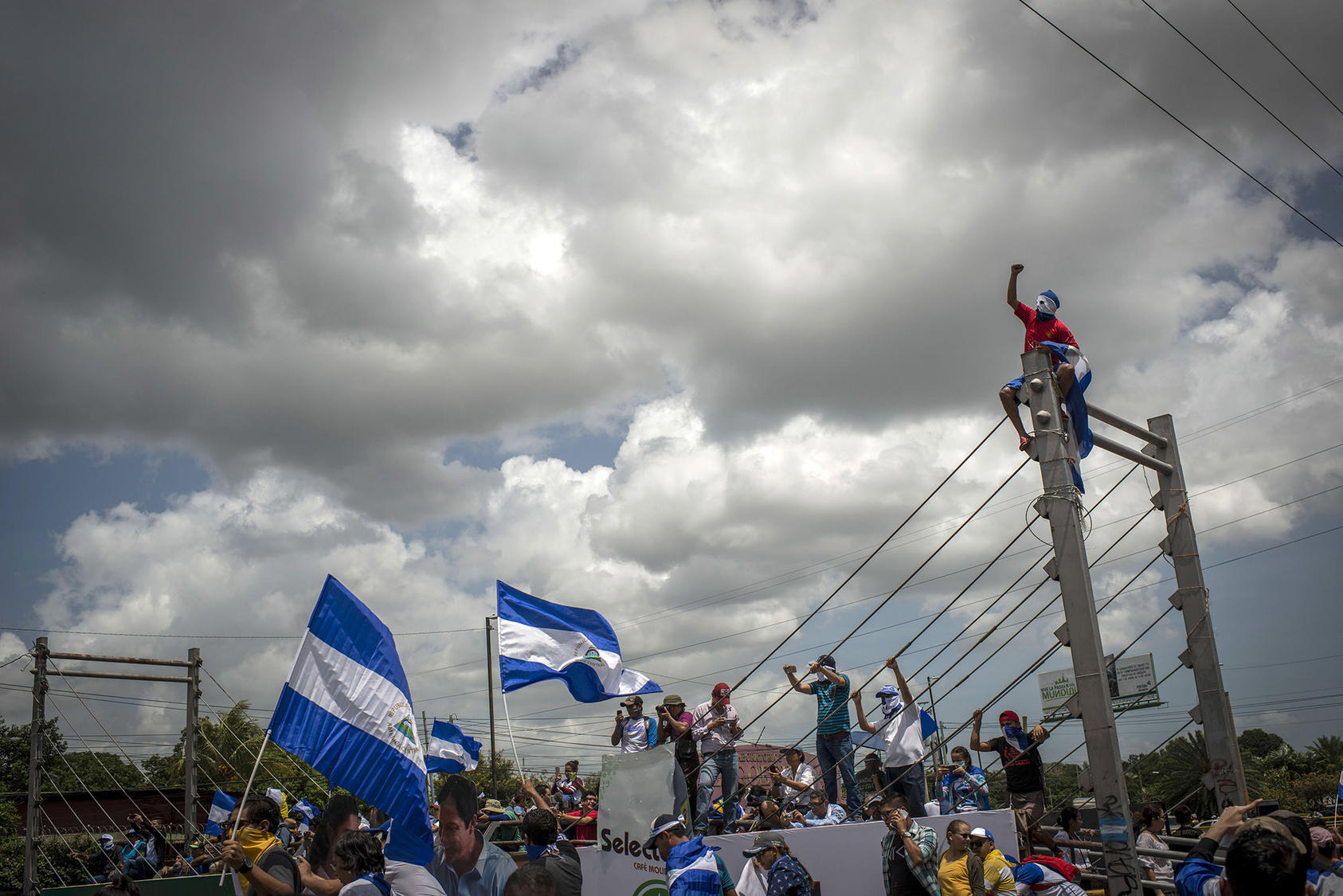 Is Nicaragua‘s Descent into Dictatorship Irreversible?

After claiming a decisive win in the November 7 elections, Daniel Ortega â who has been in office since 2007 â could now lead Nicaragua unti...

Reply on TwitterRetweet on Twitter1Like on Twitter5Twitter
Load More...