In the Wake of Al-Bashir, Women of Sudan Bring a Glimmer of Hope

BY PATRICIA TAFT AND WENDY WILSON

In April 2019, a photograph of a woman dressed in white, standing atop a car and rallying a large group of protestors went viral. The woman, a student named Alaa Salah, had had enough. And by the size and passion of those chanting with her, so had many others. While the image of a woman leading a large-scale protest movement should not come as a surprise as women are often at the frontlines of such movements around the world, it was especially poignant in this case. Alaa Salah was mobilizing a movement against one of the most brutal and entrenched authoritarian regimes in the world. Alaa Salah, a previously unknown 22-year old engineering student, was taking on the generals of Sudan.

Sparked by the rising cost of bread, the 2018-2019 uprising began as an economic protest in a stronghold of former President Omar al-Bashir and quickly swept through the nation, taking on political and social dimensions as well. With broad-based appeal as an independent and unaffiliated movement, the demonstrations were unlike past movements in scale, fervor, and composition, with women outnumbering men by 70 percent, according to the BBC. Channeling the legacy of the warrior Nubian queens, kandakas, contemporary Sudanese women formed the frontlines of resistance in the protest space. Their firm refusal to conform to imposed gendered roles in the protest space served as the stepping-stone for the pivotal confrontation against the government. As women gained momentum by occupying the frontlines of sit-ins and serving as protest leaders, they moved to take on the government directly, demanding an overhaul of the political structure and an opening of civic space. In a sign of how critical women were to the protests, and the threat they posed to the regime, the security services scaled up the arsenal of attacks, initiating a targeted campaign of gender-based violence. According to Physicians for Human Rights, this included psychological abuse, rape, and the mobilization and dissemination of compromising images. However, Sudanese women were resolute in their call for structural change.

Sudan may be turning a corner. Sudan has occupied the top five most-fragile countries of the Fragile States Index (FSI) for most of the Index’s 16-year history, and appeared to be so mired in intractable conflicts and corruption, few saw hope for systemic change. To be sure, in early 2019, it appeared that despite the large-scale protests started in December 2018, the country was reverting to the familiar. Despite ousting the indicted war criminal and beleaguered president Omar al-Bashir in April, the military quickly moved to consolidate power again with defense minister and accused Darfur war criminal Lt. General Awad Mohamed Ahmed Ibn Auf,. It seemed for a time that Sudan was going to follow the Egyptian model, where one dictator was simply replaced with another, while real, systemic change would once again elude Africa’s third largest nation. However, this time was to be different, due in no small part to the thousands of resolute Sudanese women like Alaa Salah who refused to back down.

The story of women in Sudanese history has been one of pronounced socio-political agency against a backdrop of formidable structures of patriarchy and fundamentalism. Nowhere was this more evident than during the 30-year despotic rule of al-Bashir. Under his regime, severe restrictions and discriminatory actions against women (both in practice and in law) were commonplace, such as the 1992 Public Order Act wherein the female behavior, including style of dress and association, was regulated and criminalized in an effort to force the populace to subscribe to the government’s brand of fundamentalism. The Act also granted the male-dominated Public Order Police carte blanche in the loose interpretation and enforcement of the law. Consequently, 45,000 women were prosecuted in 2016 alone, according to the group, No to Oppression of Women Initiative. Coupled with endemic gender-based violence, partly driven by the lack of protections for women, the Act championed the dehumanization of women and facilitated the growth of an uncompromising patriarchal structure. Nevertheless, remarkable courage was demonstrated in the face of prolonged repression through advocacy and periodic episodes of localized civil disobedience, culminating in the protests of 2018-2019.

The unwavering determination of protesters and international condemnation of the brutal crackdowns led to talks between protest leaders and the Transitional Military Council. The resulting August power-sharing agreement and the selection as prime minister of Abdalla Hamdok, a technocrat with no ties to the vestiges of the al-Bashir regime, were momentous. In the 2020 FSI, this liberalization was reflected in the improvement in State Legitimacy indicator. During the first hundred days of the Hamdok-led transition government, Khartoum initiated various reform measures and engaged in diplomatic missions intended to steer the country towards social, economic, and political change. These included the repeal of the Public Order Act, as well as other key initiatives such as the extension of religious freedoms to the Christian minority, the liberalization of the gold sector, a framework agreement for peace talks with the Darfur, and the cessation of fighting between the government and the rebels of the Blue Nile and South Kordofan. While these fledgling economic reforms did not immediately impact the Economic Decline and Uneven Economic Development indicators (as such outcomes are slow-moving in the realization of structural change) socio-political reforms were reflected in a marked improvement in the political and cohesion indicators.

Although Sudan appears to have rejected the Egyptian model for the immediate term, its path towards democracy must still be viewed through a lens of cautious optimism. Nevertheless, the 1964 and 1985 uprisings, wherein the country previously slipped into military-led autocratic rule in the wake of successful social movements, should be seen as a brake on too much optimism lest history repeat itself. . The military, the bulwark of al-Bashir’s regime, remains in place and largely untouched, increasing the risk of the consolidation and re-establishment of its power. Additionally, while the protests have ushered in some immediate changes, the task of reforming Sudan’s fragile economic, social, and political structures remains monumental, particularly for a novice leadership. Should the government’s efforts be deemed too slow-moving in effecting tangible change, Khartoum may soon be faced with a disaffected citizenry clamoring for change and a military poised to capitalize on popular frustrations and cleavages. Finally, as the 2019 protests demonstrated, for Sudan to succeed in this democratic experiment, the country’s third attempt, it must embrace inclusive policies and offer real decision-making power to women. It appears to have made some initial headway in this regard by naming two women to the 11-member Sovereign Council, overturning the Public Order Act, appointing four women to the 18-member cabinet, and selecting the country’s first female chief of justice. However, such changes cannot be mere window dressing and must be accompanied by continued, structural, and legal reforms to both protect and promote the critical role of women in Sudan.

If the country can achieve deep and durable reforms, as well as begin to address the decades of lingering group-based grievances in a manner that does not return it to civil war, the vision and efforts of women like Alaa Salah will not have been in vain.

The Fund for Peace@fundforpeace·
1h

📢 #NowHiring: We are looking for a Programs Manager to join our team!
Deadline for applications: February 18, 2022
Find out more about the position here:
https://t.co/63WIB8rh9X

The Fund for Peace@fundforpeace·
22h

Sign up for:"Fragility and #Resilience: What the #fragilestatesindex Can Tell Us about #Climate Conflict" 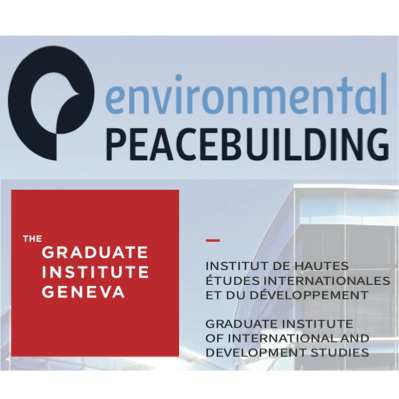 Welcome! You are invited to join a meeting: Fragility and Resilience: What the Fragile States Index Can Tell Us about Climate Conflict. After registering, you will receive a confirmation email about joining the meeting.

Please join us for this session at the Second International Conference on Environmental Peacebuilding.

The Fund for Peace@fundforpeace·
26 Jan

Browse this selection of curated videos addressing key concepts in the peacebuilding field!

The Fund for Peace@fundforpeace·
26 Jan

Burkina Faso coup: latest sign of a rise in the ballot box being traded for bullets

Reply on TwitterRetweet on Twitter1Like on Twitter2Twitter
Load More...